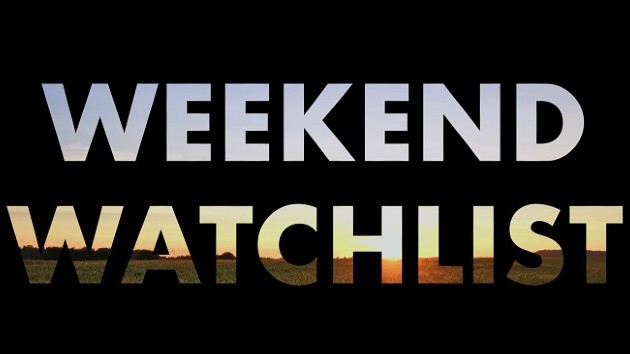 Ready, set, binge! Here are some of the new titles available to stream this weekend:

Netflix
Locke & Key: A new threat will be uncovered within the Keyhouse in the third and final season of the fantasy adventure series.

13: The Musical: All new-kid Evan wants is to make friends and have the best Bar Mitzvah ever in the film adaptation of the Broadway production.

Never Have I Ever: The arrival of a new love interest may threaten Devi and Paxton’s relationship in season three of the romantic comedy series.

Hulu
This Fool: Laugh along as Julio Lopez, a 30-year-old who still lives at home and has the same on-again, off-again girlfriend since high school, does everything in his power to avoid dealing with his own issues.

Apple TV+
Five Days at Memorial: This new miniseries is based on the true events the employees working at a New Orleans hospital faced during Hurricane Katrina.

Prime Video
A League of Their Own: This new comedy series is based on the classic film of the same name about women's professional baseball during World War II.

Disney+
I Am Groot: The lovable little log from the Marvel movies stars in his own series of animated shorts, in this series that features the voices of Vin Diesel as Groot and Bradley Cooper, who reprises as Rocket.

Starz
Power Book III: Raising Kanan: Find out how Kanan, Racquel, and the rest of the Thomases deal with the aftermath of their lingering actions in season two.

Be the first to know by signing up for the Drive Nation!

Supporting Local because we ARE Local!